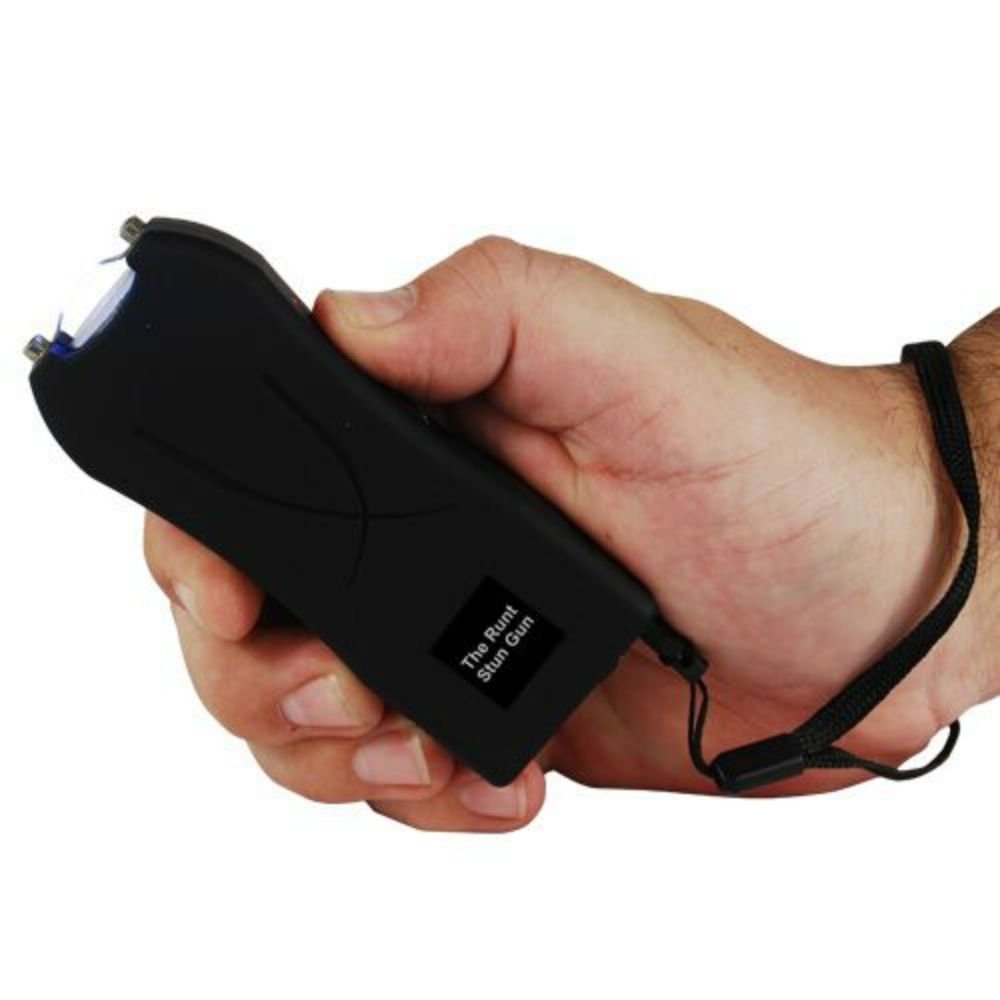 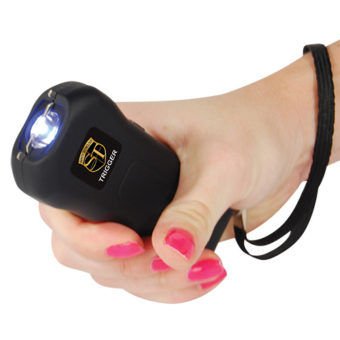 After the original Taser, that was invented in 1969, came the idea for the handheld stun gun. The name Taser is an acronym, that comes from” Thomas A. Swift’s Electric Rifle”, the fictional teenage inventor and adventurer Tom Swift. The handheld stun gun adapts the same type of takedown ability. These models are less expensive, which requires the user to touch the metal prongs, carrying the voltage, to the assailant. The units fire small dart-like electrodes attached to wires propelled by the Taser unit.

Technology of stun guns uses a temporary high-voltage low-current electrical discharge to override the body’s superficial muscle-triggering mechanisms. As a result, the recipient is immobilized via two metal probes, or so-called darts, connected via metal wires from the stun gun usually penetrating the human skin, and superficial muscle. The recipient that is ‘connected’ to a stun gun feels great pain and can be momentarily paralyzed. It is so long as there is an electrical current being applied because his muscles are receiving electrical ‘shock’. The relatively low electric current must be pushed by relatively high voltage to overcome the electrical resistance of the human body, so the resultant ‘shock’ is caused by muscles twitching uncontrollably, appearing as muscle spasms. Because the amount of current is relatively low, there is considered to be a ‘margin’ of safety by a number of medical experts upon usage on humans. Unfortunately, scientific experiments to determine the effects on human cardio-pulmonary and respiratory functions have shown no significant findings of lasting effect by now.

The amperage is relatively low -2.1 to 3.6 mA in current stun-gun models, which is based in part on the electrical supply. Electrical current above 100 mA is considered to be potentially lethal to humans. For example M-26 Taser models use eight AA batteries.

The internal circuits of most stun guns are fairly simple. They could be based on an oscillator, resonant circuit and step-up transformer or diode-capacitor voltage multipliers, to achieve the continuous, direct or alternating high-voltage discharge may be powered by one or more battery of 9 V depending on manufacturer, and model. The output voltages without external “load” are claimed to be in the range of 50 kV up to 900 kV, with the most common being in the 200 to 300 kV range. This would be the target’s body. But since air has a dielectric breakdown (Emax) of 3000000 V/m, it is clear that the spacing of the electrodes will not permit the upper range of claimed voltages. Such is 900kV representing a minimum electrode spacing of about 30cm. Various factors, such as target’s resistance, skin type, moisture, bodily salinity, clothing, the stun gun’s internal circuitry and battery conditions are important for the output current upon contact with the target.

A shock of half a second duration will cause intense pain and muscle contractions startling most people greatly, which is according to the many sources. Over three seconds will usually completely disorient and drop an attacker for at least several minutes and possibly for up to fifteen minutes, while two to three seconds will often cause the subject to become dazed and drop to the ground.

Electroshock guns are illegal or subject to legal restrictions on their availability and use in many jurisdictions. They are generally used for self-defense, or by law enforcement to subdue, for example, an out-of-control prisoner. United States has placed restrictions on export of the devices, because of the reports of the devices being used for torture or as interrogation tools. Any country could easily duplicate these devices, which are relatively simple, according to critics.

TSA Regulations regarding Self Defense Weapons

Hidden Cameras For Home Use